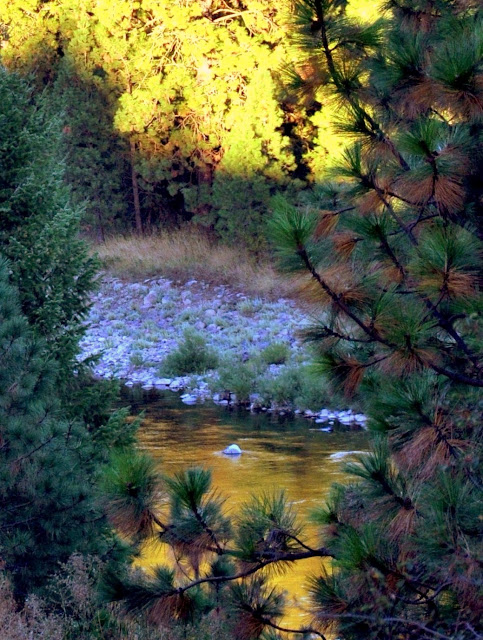 Sunny came by yesterday afternoon and kissed River, giving her a radiant glow. It helped make up for River's lack of sparkling current this time of year. Her bony shoulders are exposed, too, and her underbelly is growing fuzz in her low-water season.

Greedy birds of prey dive-bomb her shallow pools, feasting on stranded fish. River is glad, however, that no rock-crushers have shown up to grind away at her shores this fall. There is a limit to the indignities she can endure while she is laid off from work.

I grew melancholy looking at photos of Hoo, so that project has been shelved for now. I am getting in firewood and doing all necessary preparations folks must make for winter in this part of the country. 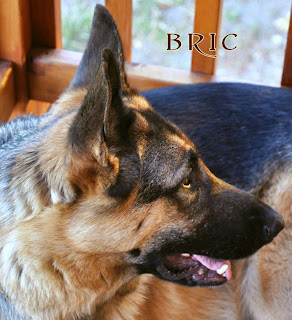 Living a stone's throw away from the Canadian border makes one wary of the approaching change of weather.

I'm glad I don't also have to contend with hoards of Canadians illegally crossing into North Idaho in search of work. God save the Queen.
Sunny was in a hurry to leave, as her hours have been cut, too. Before she left, though, she kissed Bric on the forehead. He was unaware of his beauty, but I saw it, and share it with you here.

Don't forget about me, give up on me, or quit praying for me, and I'll do the same for you. Let's carry on, then, shall we?
Posted by Unknown at 4:19 PM