Things Are Looking Up Around Here 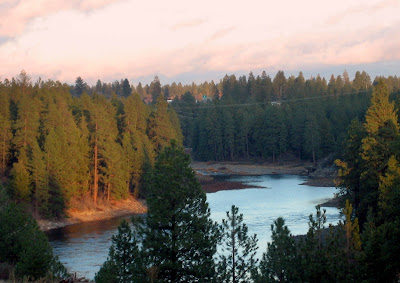 The sun came out this afternoon for a little while, and the river below my house shone brightly in silver-blue, running low, cold and clear.

Part of the beauty of living here in this nordic country is the guarantee of a white Christmas nearly every year. For the little kids and all the rest of us who fondly remember snow from our childhoods, it's a big deal when it first starts to come down hard and stick. It's a time of celebration for skiiers, snowmobilers, snowboarders, sledders and all others who love to play in the white, wet, cold, fluffy stuff. By March, everyones' enthusiasm will have ebbed, but for now, it's all fun. 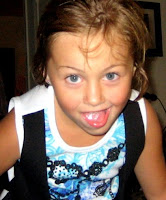 At my house, there's more than snow on the horizon. There's a hurricane headed this way, and her name is Anna. My only grandchild, who lives 400 miles away, gets to spend Christmas with her dad and me this year. An incredibly smart and beautiful six-year-old, she has about 16-times more energy than the average adult, and about 26-times more than me.  By this time next week, I'll be in full-blown Nana mode. I am preparing by making sure I'm well rested, reasonably toned up and have a fridge full of things little kids like to eat. Being Anna's Nana, in her view of the world, demands 100 percent devotion of my time, attention and effort to the continous and lasting happiness of my sole grand-offspring. It's my view of how things should be, too. I try to keep a no-crying, no whining rule while she's here, and that applies to both of us.

To be honest, in the past, I have anticipated her visits with some degree of trepidation, remembering only the uproar and disruption she brings to my normally mundane but comfortable, quiet and sane existance. Big Bird, for instance, is not who I want to see on my TV first thing in the morning. Where's Diane Sawyer? I usually don't have any Cheetos, Gummy Bears or Sugar Snaps in my house, either. What's wrong with a bran muffin, a fresh orange and some yogurt?

But this year my attitude is quite different. She's always been very funny and fun; it's me who usually gets tired and irritable. This time I will not Grinch-out, even after two whole weeks, I swear. I hope she still likes to sleep with me. Wouldn't that be a nice change from the snoring and sometimes, simultaneously farting, dogs?

I'll even be happy this time to watch the weird, pointy-headed Phineas and Ferb with her, so aware am I now of the Big Picture and the rapid passage of precious time. And we can talk about Grandpa now, too, if she wants. I'm ready.

When Hurricane Anna arrives, she's going to blow the biggest and best breath of fresh air into this house we've had in a long time. And not a moment too soon. Thank you, dear God, for Anna.

So bring on the snow and roll out the cookie dough. They say Santa's on his way. 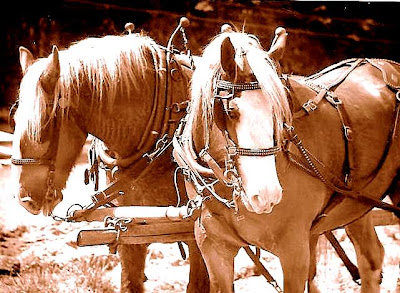 So I guess I’ll go sit by the fire, enjoy the heat and see if I can’t find me a warm and willing dog belly to scratch.
Posted by Unknown at 7:11 PM 7 comments