Accepting What I Cannot Change 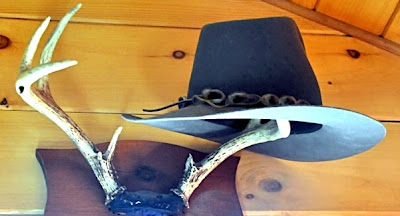 "He that outlives a wife whom he has long loved, sees himself disjoined from the only mind that has the same hopes, and fears, and interest; from the only companion with whom he has shared much good and evil; and with whom he could set his mind at liberty, to retrace the past or anticipate the future. The continuity of being is lacerated; the settled course of sentiment and action is stopped; and life stands suspended and motionless."

Seems like some things never change. Other times, it's obvious that nothing will ever be the same in my life.

There is a huge division now in my concept of time: Before Roger died and after Roger died. To even say the phrase, "Roger died," out loud sends a jolt of something close to panic into the pit of my stomach. Oh my gosh, what am I going to do?

Part of my mind subversively clings to the delusion that Roger's just away at work. For the last six years of his life, my husband worked in Russia on a six-week-off, six-week-on rotation.

I got used to him being gone half the time. But reality bites me right in the butt when I see his things untouched, just as he left them more than a year ago. Now they're gathering dust.

I can't change the facts, so I have no choice but to carry on, as I must. But don't worry about me, dear readers. There is no easy way up this steep, dark path for anyone who's ever walked it.

If it's a just matter of hanging in there for several more months before it begins to smooth out, as I suspect, then in there I shall hang. If, in a year from now, however, I feel like nothing's changed, then we will have to seriously discuss a Plan of Action.
I was startled when someone said to me recently, "Maybe the best is yet to come." That was a totally foreign thought to my mind. Really? Not just better, but maybe, the best? Of my whole life?
Anything's possible with God. Of that, at least, I am certain.
Posted by Unknown at 1:35 PM