In the Eye of the Beholder 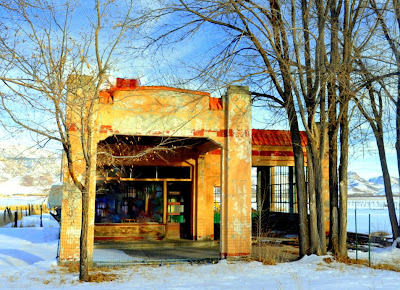 Were my mother still alive, she would not have cared much for this photo. I took it in Panguitch, UT, a tiny hamlet on Highway 89. Mom would have thought it was ridiculous that I'd take a photo of an old, run-down gas station when there were so many other, prettier scenes all around it
But of the 300-plus photos I shot during my recent travels, this is one of my top favorites. Anybody can shoot red hillsides and blue skies. But this, my friends, is a photographer's photograph. My goal is to take beautiful, interesting pictures that evoke emotions, memories, or any kind of reaction other than just, "My, that's pretty. How nice."
My mom might have been forced to admit that at least the colors are interesting. But why anyone would want a picture of anything that was old, neglected and worn-out was beyond her. I, on the other hand, am drawn to such things. I've been told I have a "romantic attachment to the past." I'd have to agree.
Why? Maybe buried deep in my psyche or cells are vague recollections, missing pieces of an unfinished puzzle. Could it ever be completed, it might provide a retrospective glimpse into a different lifetme lived just prior to this one.
I love to be around old cars, clothes, buildings, furnishings and people. I'm attracted to anything that's vintage 1935-1945. My mother, however, didn't need to ponder possibilites of a past life during that period. She had more real-life memories of the Great Depression and WWII than she cared to recall.
Most of Mom's recollections from those times were sad ones. When questioned, she'd usually flat-out refuse to "go there." I'd hoped that as she grew more elderly, she might relent and tell me more about her life in the years before I was born. But no way, in fact, hell no.
Pry as cautiously as I might, her irritation would inevitably bring an abrupt halt to such conversations. "I don't remember," she'd snap, then clam up entirely and pout while she turned on the TV to sports. Right up into her final days at 86, Mom watched TV sports avidly. Pro golf, L.A. Lakers basketball games, and Bronco (Boise State University) football games were what she lived for in her old age, and I'm not exaggerating here one bit.
If out there anywhere, there are any baby-boomers who claim they honestly totally understood the attitudes and beliefs of their elderly parents, then I don't think I believe them. If anyone in their 50s or 60s says they always got along great with their folks, then I want to hear from them. I want to find out how that could have happened. Maybe they lived in some other country and their parents liked to smoke pot, too?
My relationship with mine, especially my mother, at times seemed as if we were from different planets. Am I the only one who had a tough time breaching the "generation gap?"
Mom would have snorted her distain for this photo, too, but I like it a lot and hope you will as well. So, over and out for now from this remote North Idaho outpost. It's peacefully cold and clear here tonight. I hope your night sky is full of bright stars wherever you are, too. 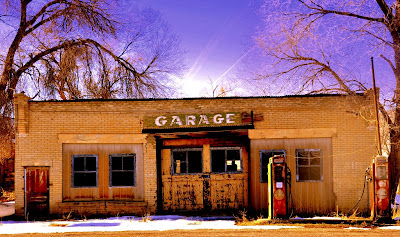